On March 24, AmCham Health Care Committee met with representatives of National Health Insurance Fund in order to discuss the most important topics on the Committee’s Agenda, as well as potential cooperation in 2017. 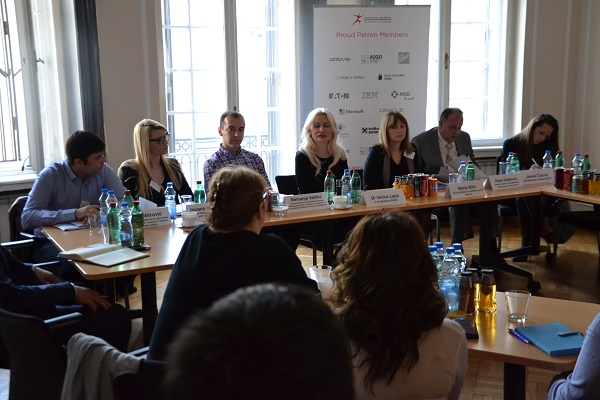 Some of the topics discussed at the meeting included timeframes prescribed in the existing as well as the draft laws/by-laws for issuing the official Decisions by NHIF for reimbursement applications, predictability of introducing new medicines on the reimbursement list, costs and benefits of centralized tendering procedure for medicines on B and C list, possibilities for introducing new models of contracting such as direct negotiating procedure in case there is only one contractor, and finally, plans for allowing out-of-pocket participation for patients.

AmCham and NHIF representatives agreed it would be beneficial to allow semi-annual submitting of applications for putting the medicines on the reimbursement list and that enforcement of the existing timeframes set in current laws and by-laws should be a priority, over amending such deadlines.

Representatives of AmCham used this opportunity to elaborate their plans regarding three roundtables on specific topics related to public procurement in the health care sector and invite representatives NHIF to take active part in each of them. Roundtables are envisioned as closed discussions between foreign and local experts in this field, representatives of industry and Government, on the possibilities of improving the regulation and its implementation, based on best international practices. Roundtable will cover topics such as innovative forms of contracting, centralized INN tendering procedures, and quality criteria in public procurement. Representatives of NHIF expressed interest to participate in the upcoming roundtables. The conclusions of the roundtables will be presented on the final conference which will be open to the media.