At a Roundtable on the Analysis of the Risks and Effects of Centralized INN Procurement by representatives of the AmCham Health Care Committee, together with experts, state bodies and organizations and others associated with medicine producers, analyzed the potential effects of a policy change of medical procurement on efficiency and safety of treatment of chronic patients as well as on rationalization costs in health care. 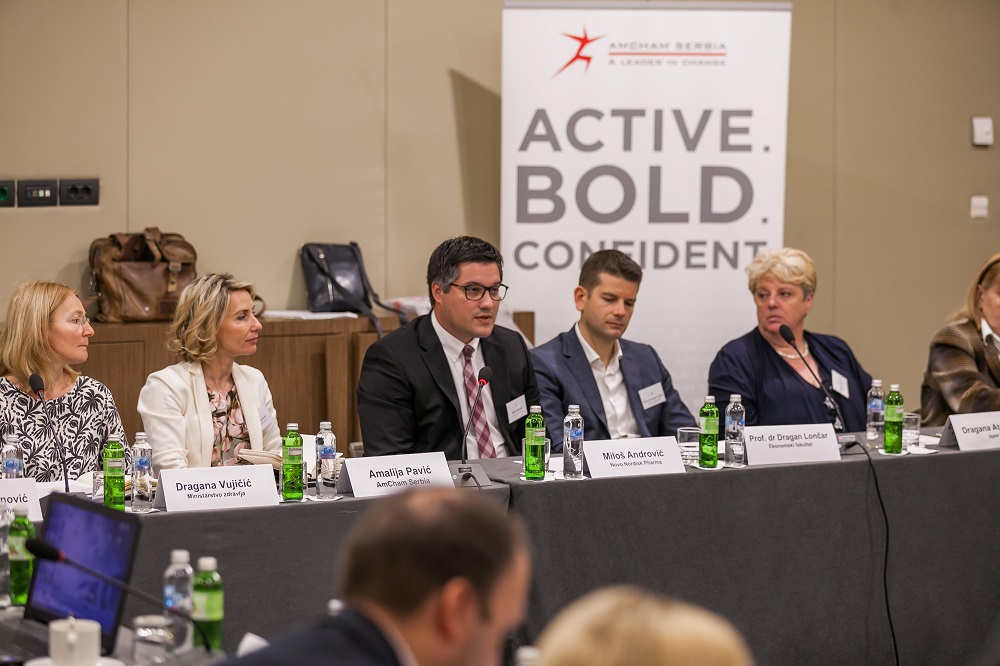 The current regulation that medicine procurement provided by prescription, conducted by brand name drugs means that medicines for patients are available from different producers andare financedby the NHIF. By switching to centralized procurement by generic name of prescription drugs that are available in pharmacies in the tender, according to the criterion of the lowest price would be selected only one drug that would be financed by the fund, while any other medicine - even those received for years - had to be paid from patients’ own pockets in its entirety. At the roundtable, it was concluded that such a change would produce a significant risk to the current treatment of patients, the effects on chronic treatment and side effects and onpotential drug shortages, while the supposed financial savings in the long run would be questionable.

‘Establishing a system of centralized purchase by INN for prescription drugs, instead of the existing model, would lead to a violation of the patient’s right to drug selection and therapeutic options that are available to doctors would be limited. In practice, this would mean that one remedy used for years, but not purchased at the tender INN, will no longer be available at the cost of health insurance. In this case you would be forced to pay the full amount of the drug or use the drug that has been selected by tender, which can result in a reduction in the effectiveness of treatment as well as an increase in side effects,’ said Prof. Dr. Milica Prostran from the Institute of Pharmacology, Clinical Pharmacology and Toxicology.

As an illustration of the difficulties which patients might face was the treatment of more than 600,000 patients with diabetes, who would with each new tender potentially be forced to change the drug which is used, and re-training for its use, wherein the mechanism of the effect of a single drug is difficult. Frequent changes of medicaments is risky for patients with cardiovascular ailments, chronic obstructive pulmonary disease, psychiatric patients and others, thereby increasing the odds of additional complications that significantly affect the health of the insured and the increased cost to the Fund.

Although centralized procurement by INN for prescription medicines in the first year is likely to result in savings in the budget, its long-term profitability and the risk of shortages is in question. Due to the inadequacy of therapy there is a possibility of increasing other costs of treating patients that can exceed the projected savings. In addition, the decision on the establishment of centralized public procurement by INN may have a significant negative impact on the domestic producers of medicines, which would lead to a decline in employment and GDP and would have an impact on the supply security of the older generation of medicines.