Amendments to Serbia’s intellectual property enforcement legislation have shifted responsibility for software piracy controls from the Tax Administration to the Market Inspection. AmCham has been delivering a series of training events and workshops to help government bodies detect illicit software. The training is aimed at inspections, judicial authorities, and other relevant bodies from Bosnia and Herzegovina, Montenegro, Croatia, North Macedonia, and Serbia tasked with controlling and prosecuting software piracy.

Today’s evolving communications and the internet pose a major challenge to enforcing intellectual property. According to the latest independent assessments, illegal software accounted for 66 percent of all software sales in Serbia in 2017, with estimates suggesting this figure has remained much the same, especially during and after the Covid pandemic, which saw a major increase in the use of illicit computer programmes.

‘An IDC survey suggest that one in three illegally bought pieces of software carry a large security risk due to malware that can seriously compromise the security of individual computers and networks they connect to. Apart from being aware that unauthorised software use is illegal and subject to checks by the authorities, people should also know where and how to buy legal software, especially online. This is the fourth time in 15 years that AmCham has trained Serbian authorities to improve anti-piracy oversight, and we are glad to see intellectual property owners exchange the best global practices and latest trends, which we believe will help make both Serbian and regional authorities more efficient’, said Amalija Pavić, AmCham Deputy Executive Director.

Although coordinated efforts by the Serbian Government, US Embassy to Serbia, and AmCham member companies have done much over the past 20 years to modernise the regulatory framework and ensure its consistent and uniform application, there is still room for improvement.

‘The Market Inspection’s new powers, which include checking for software and database piracy, mean our institution is now responsible for all intellectual property enforcement. We look forward to the training offered by AmCham Serbia as it will help us become more efficient, and we hope the outcome will resemble our efforts to combat illicit trade online, where we increased our oversight capacity more than a hundredfold over the first two years’, said Mirjana Damjanović, head of the Commerce Oversight, Competition, and Consumer Protection Unit at the Serbian Market Inspection.

As part of the training, AmCham member companies that hold intellectual property rights have been sharing their internal licensing policies, product range information, and best global anti-piracy practices, as well as giving guidance that will help the authorities identify key areas of oversight to reduce the incidence of software piracy in Serbia and throughout the region. 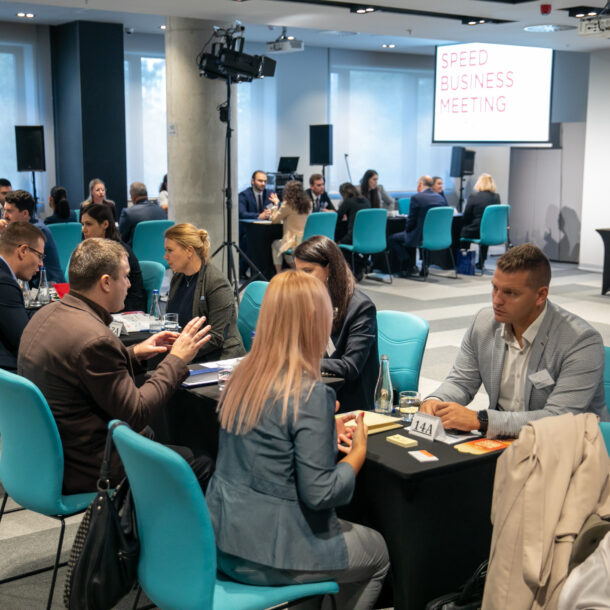 Panellists discuss wage trends in the labour market
Next Article