By AmCham  Published On 23/01/2019
Panelists Branislav Savić, from Ball Packaging, Dragana Koruga Ristić from Coca-Cola Hellenic and Teodora č€ osić, from Moja Kariera, discussed with the moderator, Miom Pešić from Deloitte themes regarding the importance of people in the business of the companies.
The panelists talked about the role, value and HR managers’ position within companies. During the past years, HR has positioned itself first as a business function, then as a business partner. But recently the position of HR has qualified as a strategic partner. Branislav Savić emphasized that HR represents the right hand of all general managers as the most valuable and trustworthy part of a management team.
The recently established HR position as a strategic partner in a company has been caused, among others, by the evolution of the people who work in human resources, as well as by the understanding that the biggest value of company are its people. The HR function is to motivate employees to constantly develop and improve their skills. Dragana Koruga Ristić stated that correlation between human resources management and the business itself is stronger from year to year at Coca-Cola Hellenic because the importance of execution has been notable, as well as the fact that this opinion comes from employees.
Teodora č€ osić mentioned that market movements become faster and faster, and that the main reason for the unlikelihood of long-term stay of employees with a company, from her professional experience, is the impossibility of improvement. The HR role should make employees feel their contribution to a company’s development, and that often research on employees satisfaction is necessary.
In accordance with the digitalization and modernization of all functions and processes in companies, digitalization of HR processes is obligatory.
Panelists and attendees exchanged way of organizing human resources in their companies, concluding that HR should be strategic partner of the business because it is of worth to the company as much as it contributes to business’ development. 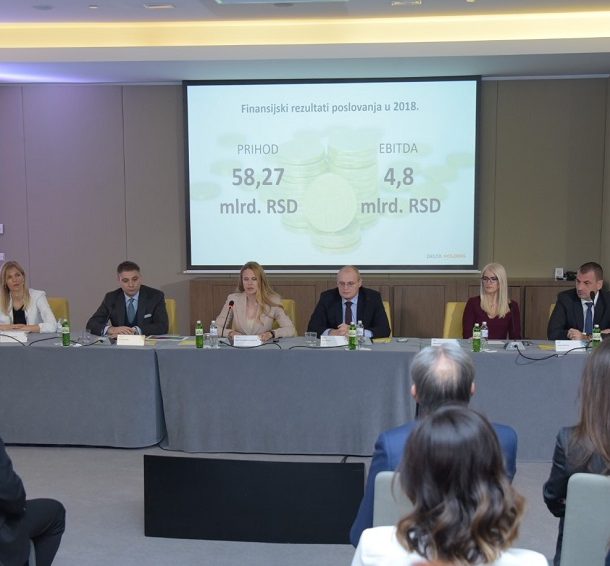 Delta is Building Hotel in Ljubljana
Next Article