By AmCham  Published On 28/02/2018
“During 2017 we again received a confirmation of the appropriateness of our business policy that it is possible to operate responsibly and achieve excellent results in all areas” stated Slavko Carić, CEO of Erste Bank a.d. Novi Sad. “This year was extraordinarily successful, particularly in the retail and entrepreneur segment. We supported over 2,000 customers in buying homes for themselves and their families. Through our “Step by Step” social banking programme, the growth and development of 50 start-up companies and social enterprises was supported, and we also approved the first loan to a civil society organization that will use it to multiply its positive impact on the community. In working with corporate, we generated an increase in SME operations through loans, letters of credit and guarantees, while registering somewhat lower lending activity to large corporates” Carić added.

Carić placed special emphasis on the fact that years of successful operation also enabled the taking of an important decision regarding a large investment in the new IT system and all-encompassing transformation of the bank. “In order for our customers to be able to benefit to an even greater extent from all the advantages of digitization and personalized approach, we have initiated large investments in a modern and flexible operating system, a cutting-edge technology in the area of global banking software” emphasized Carić.

After Q4 2017 total net profit amounted to 2.632 million dinars, which is as much as 27.5% better result than in the same period of 2016, when net profit reached 2,064 million dinars. In addition to the increase in volume, the main reasons for the increased result is a higher-quality portfolio reflected in NPL reduction from 6.7% at the end of 2016 to 3.2% at the end of 2017. The reduction was mostly a result of writing off receivables fully provisioned in line with a decision of the National Bank of Serbia. A positive net profit was also realized from the impairment of financial assets and credit risk-weighted off-balance sheet items up to the end of fourth quarter of 2017.

At the end of Q4 2017 the number of digital distribution channel users was 11.5% higher than in December 2016, so now more than 235 thousand Erste Bank clients use internet and mobile banking. Erste Banka continued with the expansion of its network, which at the end of December 2017 had 85 units, while the total number of active clients was 391 thousand in December. 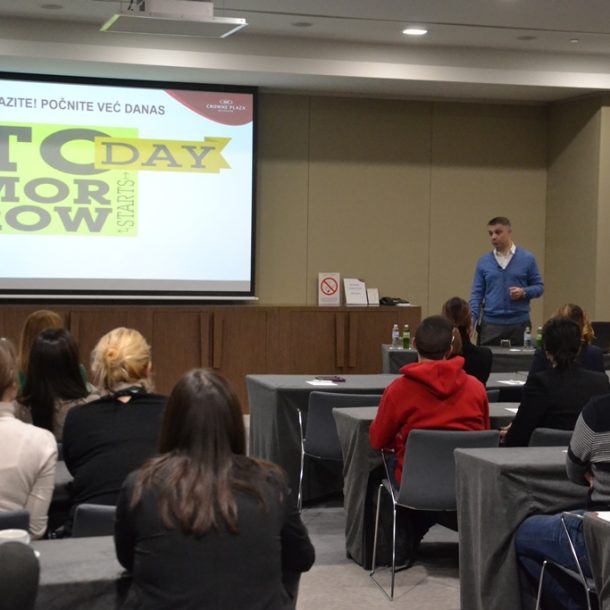 Voting results for the AmCham Board Members
Next Article