Robotics and other stories with Kosta Jovanović

By AmCham  Published On 29/03/2018
Best student in generation at the Grammar School of Čačak and one of the best in his class at the Faculty of Electrical Engineering, where he teaches in the Departmen of Signals and Systems, Kosta Jovanović opened the evening with the story of the circumstances, coincidences and choices he has encountered during his career. He especially noted the mitigating factors explaining the development and nurturing mentoring relationship with professor of robotics prof. Dr Veljko Potkonjak, who gave him the right advice at the right time and support to emerge from his comfort zone.

The second part of the session was spent talking about robotics and the teamwork necessary for success in this area. The participants were most interested in hearing, first hand, about ECCEROBOT, the first humanoid robot, in whose development leading European universities and institutions in the field of robotics participated, but also the Faculty of Electrical Engineering, University of Belgrade. This project was declared one of the leading technological concept of 2010 by the american magazine ''Popular Mechanics”. This robot was made to move and react to the outside world like a human. Kosta says that this is a great success for our country, but that it would not have been possible without joint work and team synergy. The proof to this claim are the numerous awards that the team won as well as the organization of the event ''Days of the future: Robotics”. Before the participanst'questions, Kosta described how his work inspired the general population on issues of robotics and advised the AmChamps participant to stay in Serbia, and learn, grow and build their careers.

After the lecture, the students and managers socialized at a cocktail party. 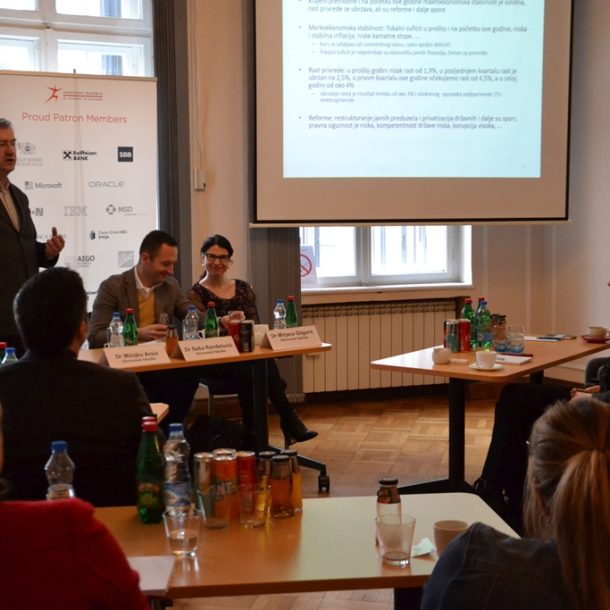 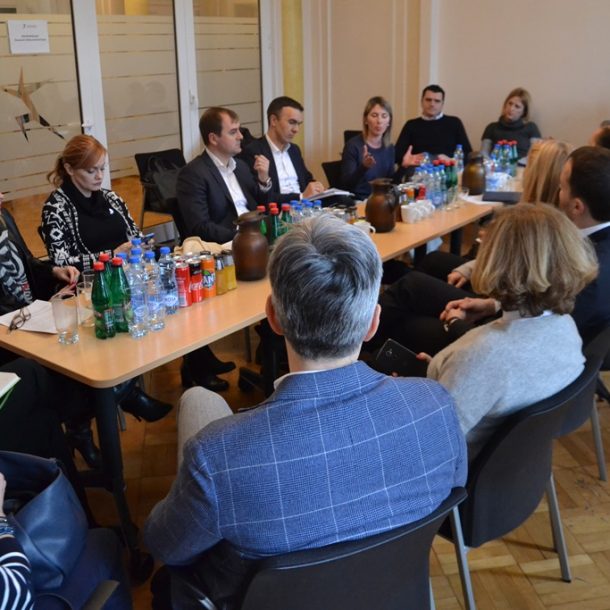