Serbia to hold 5G spectrum auction in first half of 2022

By AmCham  Published On 19/10/2021
The 5G network and associated regulations, trade and market oversight, and the results achieved and current plans of the Serbian Ministry of Trade, Tourism and Telecommunications were all in focus during a meeting between the Minister, Tatjana Matić, AmCham President Zoran Petrović, and AmCham First Vice-President Ivan Miletić.
‘AmCham has been working very closely with Ms Matić, who has always been willing to hear out our issues, but also, much more importantly, to help us overcome those issues together. Our joint efforts have been aimed at safeguarding intellectual property rights, doing away with non-tariff barriers to trade, tackling the shadow economy and illicit trade online. Even though we have made great strides in numerous areas, much still remains to be done, and many reform-oriented regulations are yet to be enacted’, said Zoran Petrović.
‘E-commerce has seen explosive growth. It is increasingly replacing traditional sales channels, and its volume rose by as much as 300 percent during the pandemic. Official figures released by Serbia’s central bank show that in the first half of 2021 Serbian online retailers received payments worth close to 11 billion dinars (some $110 million), a 99 percent year-on-year increase relative to 2020, underscoring the opportunities open to Serbian retailers. The country enacted new regulations to facilitate doing business on the internet and promote e-commerce and cybersecurity, which permitted many companies to shift their operations online and helped ensure that society, and much of the economy, continued to function’, said Tatjana Matić, Minister of Trade, Tourism and Telecommunications.
5G roll-out
Ms Matić noted how important 5G networks were to enhance the regional and global competitiveness of the Serbian economy. She added the country’s companies were ready to embrace the new networks, and that minimum share regulations and a 5G spectrum auction were both expected in the first half of 2022.
Although the government was responsible for the auction, telecommunications operators would play a crucial role in the successful roll-out of 5G, the Minister went on to say, by being prepared to invest in infrastructure to allow the full spectrum of innovative services in areas ranging from agriculture to medicine.
Curbing illicit trade, enhancing market oversight
Enhanced capacity for overseeing illicit trade on the internet has yielded results. The Inspections Law has enhanced performance of the Market Inspectorate, and new software tools have led to a more than fifty-fold improvement in success rates of efforts to curb illegal trade and protect intellectual rights.
The Ministry of Trade will continue to work with Health and Agriculture departments to deploy combined inspections, which will make oversight more effective.
Capacity-building and education will continue and new software will be introduced to ensure inspections services remain an up-to-date service to stakeholders in the market.
Digital bills of lading
Businesses have been asking for shipping documents to formally be digitalised for some time, with bills of lading being attracting the most complaints. This improvement will significantly reduce trade-related administrative requirements, and, together will e-invoicing, will allow logistics to go fully digital.
According to Ms Matić, the Trade Law would enter Parliament shortly, and the amendments would remove the need for businesses to use stamps for these operations.
Joining forces to tackle illicit trade online
The meeting also saw announced a campaign by AmCham and the Ministry of Trade, Tourism, and Telecommunications entitled Klikni na sigurno, kupuj provereno (‘Click Safe, Buy Authentic’), which aims to curb illegal trade on the internet. E-commerce has seen growth of 300 percent during the pandemic and is increasingly replacing traditional sales channels, but much illicit trade has also shifted online.
‘I have the pleasure of announcing the launch of ‘Click Safe, Buy Authentic’, a joint campaign by the Ministry of Trade, Tourism, and Telecommunications and AmCham aimed at curbing illegal trade on the internet. The government will build capacity for oversight of e-commerce, but consumers who buy online should also become more sophisticated about how to enjoy the benefits of e-commerce safely. We believe this campaign will achieve that objective’, Ms Matić concluded.
Apart from developing capacity for oversight of e-commerce, the campaign is aimed at educating the general public to identify legitimate online shops and retailers and safe options for paying for goods, and familiarising them with their rights as consumers.
For integral video record from the event please click here. (in Serbian) 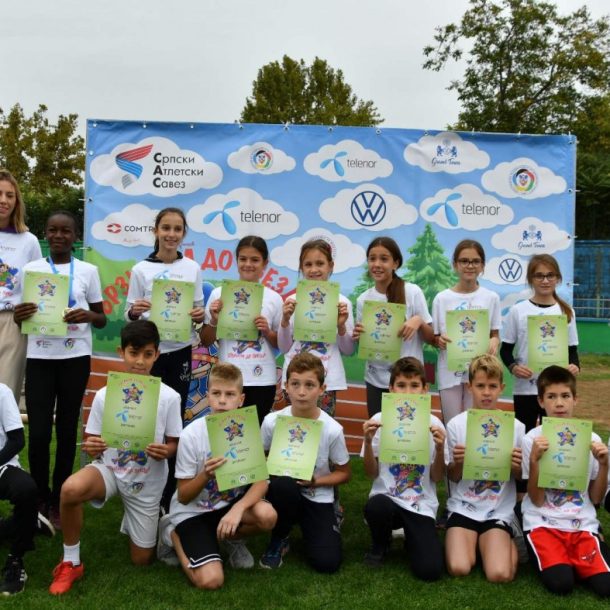