Winners of the AmChamps 2017 Program Announced

By AmCham  Published On 17/01/2018
The three leading teams, who qualified for the finals of this year's AmChamps program, received case studies from the general managers of the companies where manager-members of each team worked. During the past three months, finalists met regularly with members of the jury, under whose mentorship they further developed their tasks. But each also got guidance on how to better present their project for final judging. This year's jury consisted of Vladan Zivanovic of NCR, Boris Vujičić from Trizma and Branko Mitrovic from Telenor.

The first task, called “The Fusion Adventure Menu,” was presented by Stefan Vukelić from Publicis and Tanja Ilic of the Faculty of Organizational Sciences who creatively showed what challenges a company faces when working with clients and how to overcome them. In order to meet their needs, they must create a new business strategy which will be implemented on a global level.
Vladimir Spasic from IBM and Jelena Simeunović from the Faculty of Electrical Engineering were the second finalists. Their case study related to the development of competence in the world of digital transformation on the examples in practice. The application of artificial intelligence, the IBM Watson in employment, selects the best young people while they are still at University. In this way they have the opportunity to start their careers in one of the world's best technology companies in Serbia. Because of this project the company will annually increase its productivity and profits.

Vladislava and Luka, the winning team, presented the project “Maxi Online: People Like Digital Power Change,” in which they, through the life cycle of an order, demonstrated the process of online shops. Through the introduction of a new e-commerce platform based on the latest SAP technology, the company will further strengthen its leading position in the retail market. This project has been successfully implemented in practice and is already showing excellent results.

All participants in the finals received valuable prizes. Vladislava, the best young manager and most successful mentor, won a scholarship for Executive MBA studies at the University of Sheffield, while Luka, as the best student of AmChamps, was awarded a scholarship to attend master studies at City College of the university of Thessaloniki. The other two final teams were awarded half scholarships in these study programs.

Sponsors and partners of this year's AmChamps program are MK Group, Coca-Cola Hellenic, Nelt, University of Sheffield, GI Group, Nedeljnik, Ministry of Youth and Sports, the Center for Career Development and Dositej – the Fund for Young Talent. 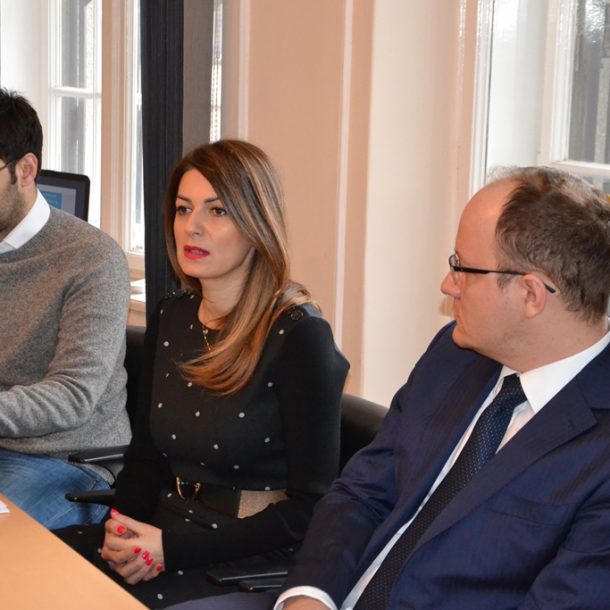 AmChamps 2018 is Launched!
Next Article